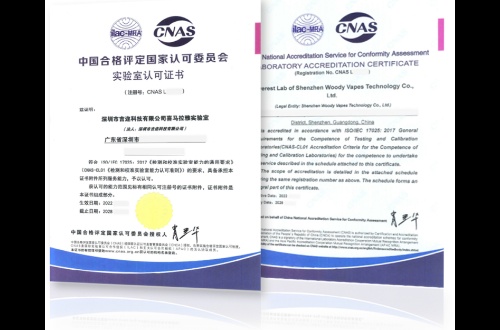 1.On January 9, 2020, he was invited to participate in the "Wisdom China" program sponsored by CCTV Starlight Film and Television Base. The 2020 International China Public Welfare Ceremony won the honorary title of "2019 International China Art Leader". In January 2020, ink and wash paintings were selected for the 2019 Song Zhuang Art Annual Exhibition.

4. Graduated from the Fine Arts Theory Research and Calligraphy and Painting High-level Research Class of Tsinghua University Academy of Fine Arts in July 2015.

7. In 2004, personal outstanding deeds were invited to be included in the compilation of "World Famous Experts and Talents Code".

9. In 2002, he won a short-listed prize in the National Painting and Calligraphy Exhibition of Longteng Shengshi Hongjinlong Cup and Dragon Culture, and was included in the compilation of his fine collection of paintings and calligraphy. His works were exhibited in the China Military Revolution Museum and collected by relevant departments.

10. In 2000, he participated in the first world Chinese art exhibition. His paintings and carvings won both bronze prizes and calligraphy won excellent prizes. His works were exhibited in the China Art Museum and collected by relevant departments.

11. In 1999, at Mazu Academy Awards, works of art, calligraphy and seal cutting at home and abroad won the Excellence Award and were included in the compilation of fine works. In 1999, in the "Shulei Cup" National Youth Painting and Calligraphy Competition, gouache painting, seal cutting and calligraphy won outstanding awards respectively.

Drawing according to the Tao is one's heart. Watching the paintings of the famous contemporary painter Mr. Yue, Chenglin, one can gradually experience his wisdom of saying, discussing and understanding Tao with his painting environment. Taoist theory, meso macro theory, can bring peace and stability to the country rule the world, under the family can cultivate one's morality know happiness. However, the essence of these traditional cultures has been buried layer by layer by common thoughts. As a result, the hearts of the people are confused, they do not see the truth, the gangsters do not understand it, and they start out in confusion and end up in abandonment. The world of mystery needs a revival of Daoism. It is Mr. Yue,Chenglin's first heart and persistence to make a modest contribution to the revival of Daoism. He understands and paints the Tao, practices and expands the Tao, seeks according to the practice, demonstrates the Tao with the painting, and diligently strives for it. He is really tireless in his conversion.

The world is not pure, and there are many sorcerers who claim to be enlightened.Yue,Chenglin , who studied deeply and succeeded without showing himself, is the witness of the heavenly path. He holds an elephant, and the world goes toward him. He is near and harmless, Anpingtai! He used the positive energy of the Tao to gather all sentient beings to seek the Tao. He spared no effort in preaching and preaching. His family prospered the nation with wisdom and love. He preached in a different way, not only by mouth but also by painting. Therefore, he was an old gentleman disciple in the painting field and a Taoist painter.

What is the primary function of painting? It is not the present decoration, but the need for ancestors to worship heaven. Ancient painted murals, inscriptions on bones and tortoise shells, pictographic totems, bagua fu zhuan and other characters and images are all media tools for communication between heaven and earth. The ancients looked at the world from the source of the world, so they had a fairly scientific understanding of the source of the world. Taoist classics have a cloud: the road is invisible, and the birth place is heaven and earth. The road is merciless and runs like sun and moon. The road is nameless and nurtures all things. I don't know its name, strong name said. It is believed that the world is originally Tao. Tao is silent when it is heard and unconscious when it is touched. Then it is born into one. It becomes the mysterious image before the creation of heaven and earth. It is born into two and regenerates all things. It is similar to the singularity of BIGBANG on the scientific level.Yue,Chenglin is well versed in the unity of Taoism and science and is superior to science, which is also the wisdom of our ancient civilization. Therefore, he can stand on the basis of the origin of all phases in the world, prove and believe, unlock the changing mysteries of all phases, which will surely make his paintings full of mystery of Tao! Therefore, he has created many mysterious Taoist works that disturb people's hearts and inspire wisdom to prove his understanding of the Tao and also lead the public to understand the Tao, so that people can watch his paintings and have an epiphany of returning to the original source instead of being entangled in trivial matters at the end. Looking at the series of works in which the environment is born from the heart is a spiritual process of baptism by the Tao. The world is natural, the mood is pure, and pure sex is involved in nature. What else can't be seen through?

Li Zhengdao, a famous physicist, once asked some painters to unlock many laws of microscopic quantum mechanics by painting in the 1980s in order to pave the way for ordinary people to understand profound scientific principles. Unfortunately, the works painted by many artists are unqualified and irrelevant. Li Zhengdao wondered why the painter could not draw the mechanical scene of the micro world? The answer is that these painters do not have the core quality of Taoist cultivation, so painting common paintings is acceptable, while painting mysterious ones has no path. Today, Mr. Yue,Chenglin, who has profound Taoist culture, holds a paintbrush and can easily express the essence of the formula analyzed by quantum science thoroughly. When one looks at it, one will feel deeply knowing and suddenly enlightened. The level of interpretation of quantum in this painting can be said to be the super-power of practicing Taoism and benefiting painters. From this, we can see that he is an outstanding contributor to Taoist imagery works.

Human law, earth law, heaven law, heaven law, Tao law nature. The content of Tao Te Ching is not well known, let alone known and practiced! Judging from Mr. Yue,Chenglin's series of works《道炁常存》he understands the Tao and knows it, and is a practitioner of the road to happiness. Because these works are accurate, comprehensive in interpretation, thorough in proof, and intuitively present the existence of Tao in front of people, so that life sends out a belief in Tao, and then through the sermon on the unity of heaven and man, people feel that it is not far away, that is, in my heart, that is, in my body!

Lao Zi writes the Tao Te Ching, makes good use of metaphors to discuss Tao, and turns Tao into a gate of mystery, a valley of low places, and a void of empty places. This is the wisdom of language. Yue,Chenglin's art of Tao promotes the existence of Tao from language metaphor to the visual level of painting environment so that people can realize Tao from the visual angle. This is not only a kind of wisdom promoted by culture, but also a kind of merit of giving alms to the road. Therefore, his Taoist works have far exceeded the value of paintings, but have been involved in philosophical research with boundless culture. Although Tao and Buddha are two bodies, they have gradually become one family. Buddhism also regards the benefit of all living beings as its value. This is heaven, and Taoism also recite the Diamond Sutra. This is the convenient method of Tathagata. Buddhism in our country was deeply integrated by Taoism and finally returned to the road. Watching Mr. Yue,Chenglin's 《智慧之光》 will be captured by the mysterious light and shadow flow, and then moved by the extraordinary manifestation of Buddha's meaning! If you ask me with your voice, if you see me with your color, this person will go astray and cannot see the Tathagata! Ordinary sentient beings do not have much access to the Tathagata if they want to see it. Some people have practiced Buddha for decades or even for a lifetime, but they cannot see the Buddha's heart giving birth to Buddha. This is the difficulty of practice. However, seeing Mr. Yue,Chenglin's 《智慧之光》 clearly depicts the Tathagata who is omnipresent and omnipresent. the scene is not natural and has no domination. is it heaven? The sky is not the sky. Where is it? Is it really necessary? Heart! Is the heart not the heart! He is guiding us with paintings and scenes. The light of wisdom does not point to discrimination, but to emptiness where all phases are empty. As long as there is distinction, looking at this work is not only misguided. However, this piece of work breaks the viewer's attempt to distinguish by pointing directly at the heart. It makes the eye indistinguishable and the heart indistinguishable. It will soon be able to see the painting and settle down. It will give birth to wisdom. Seeing the Tathagata is just around the corner. It's like a dream, but it's real.

Therefore, 《智慧之光》 can no longer use the so-called pen and ink techniques to explain its causes, but only use non-persistence. If you experience its existence through an undifferentiated mind view, you can see the Tathagata truth! Many painters are dedicated to expressing Zen with their brushes, but their insurmountable psychology of living in the face makes them unable to draw a rock like《智慧之光》. From this perspective, Mr. Yue,Chenglin is not only a master of Zen painting with skillful techniques, but also a philosopher who, after analyzing all the exquisite techniques, paints Zen meaning in an impossible way. He is a representative figure of Zen painting and a witness. Work is promoting the right path to prosperity. You cannot draw a picture of the Tathagata. A man of practice always has a mind that can reach heaven. If he is successful, he will be able to reach all living beings. Inaction is a selfless desire. If he is promising, he will be better than himself. He works hard for the wisdom of the people and the strength of the country, but he abides by heaven and never seeks fame. Therefore, people are fully aware of the extraordinary and wonderful views of these works, but they will not see Yue,Chenglin's publicity, kindness is like water, and sincerity is like valley. He is good at sculpture, ceramic art, traditional Chinese painting, watercolor, printmaking, calligraphy, seal cutting, etc. He can do everything in his power. He integrates skills into the Tao, combines skills with the Tao, follows nature, carries forward the right path, understands and understands the Tao, has a heart close to the source of the universe, passes on the mantle of the old monarch, and becomes a saint!

Liu Zhenming, a famous critic of calligraphy and painting